“The spontaneously hip beer, Pabst Blue Ribbon, is loved by all…pictured a group of duck hunters celebrating a successful outing with their favorite beer.” 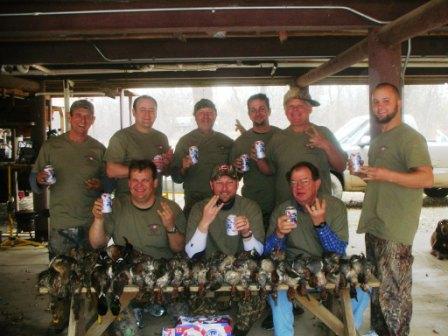 On a July afternoon, Evan and Daren Metropoulos, the new owners of Pabst Brewing, showed up at the lounge on the 35th floor of the Mandarin Oriental in midtown Manhattan. They had come to discuss their plans for Pabst, which their father and co-owner, C. Dean Metropoulos, bought in May for about $250 million.

The Oriental does not serve Pabst Blue Ribbon, the company’s flagship brew, so the brothers ordered a lemonade and an iced tea. A hotel like the Mandarin may seem an unlikely meeting place for the owners of a beer that has long traded on its working-class image—the Lutz Tavern, a dive in Portland, Ore., is more like it, where 16-ounce tallboys go for $1.75. But the Metropoulos brothers were very much at home. They were passing through on their way to a wedding in Rhinebeck, N.Y., of an old friend from Martha’s Vineyard, Mass., where they have summered since they were boys.

Evan, in a green polo shirt and gold necklace, has a generous build and gregarious manner. Ideas for the future of Pabst’s portfolio of brands spilled out of him in an entrepreneurial stream of consciousness. Daren, who occasionally interrupted, was in a navy blazer and button-down shirt. He is narrower, quieter, and cleaner shaven than his effusive brother. Evan had been thinking about Red White & Blue beer, one of the company’s roughly two dozen defunct brands, which they hope to revive.

“What if we made that the military beer?” asked Evan. “What if we gave a huge portion of the proceeds to military charities—a grassroots program with military families? Why shouldn’t Red White & Blue be the absolute American beer for the American soldier? We’ll bring, you know, the Rotary Club, the veterans.” “To help collaborate and get involved,” added Daren. 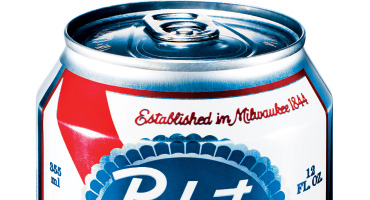 “To support our troops,” Evan continued. “We could develop a whole beer brand around our troops. So that when you see Red White & Blue at your barbecue, you know that money’s supporting people who have died for our country. Those are ways that Budweiser will never be able to relate to. They’re not American, like us.” “This is an American company serving the American people,” noted Daren.

Evan began to get worked up, saying: “If you knew that 25 percent of your proceeds from Red White & Blue Beer were going to support these charities, then shame on you for drinking Bud Light! What the hell are you drinking that for? To support some foreigners?”

The brothers went on to lay out the Metropoulos strategy—a series of grassroots campaigns targeting regional markets. Celebrities, musicians, and local festivals would figure prominently. Lone Star, their Texas label, might sponsor rodeo riders. Primo, a Hawaiian beer, might build relationships with big-wave surfers. These campaigns would be supported by their father’s knack for winning over distributors, as well as new product and flavor launches to build out Pabst’s portfolio of brands.

Not present that evening, but central to the plans, was their father, 64, a billionaire known as “Mr. Shelf Space” for his ability to boost the sales of supermarket brands. The senior Metropoulos started out with a feta cheese business in Vermont and has established a long record of turning around names like Bumble Bee Tuna, Perrier-Jouët, Chef Boyardee, Duncan Hines, Aunt Jemima, Vlasic Pickles, Swanson frozen dinners, and Ghirardelli Chocolate. He bought Pabst from the charitable trust of Paul Kalmanovitz, the company’s late owner, acquiring a trove of musty American beer brands, among them Colt 45, Old Milwaukee, Primo, Rainier, Schaefer, Stroh’s, Schlitz, Schmidt, Lone Star, National Bohemian, and the flagship, Pabst Blue Ribbon. The company, based in Woodbridge, Ill., has about 200 employees and more than 80 trademarks and 42 beer brands, fewer than half of which are active.

Read the reast of the story by By Matt Schwartz in Businessweek: http://bit.ly/ho1ILz